Trustee and support worker on the helpline

I was diagnosed in 2000 and joined the KSA in 2012 when I came to my first KSA Conference.

Here it was suggested that, as I lived in Glasgow, I could help on the KSA stand at the Royal College of General Practitioners’ conference there in October that year.

I found the experience very interesting and have since represented the KSA at many medical conferences.

I became a trustee in 2014 and I answer calls from KS/XXY adults on the KSA helpline.

I now live in the Highlands but despite this, I have managed to attend most NEC meetings and all KSA conferences. 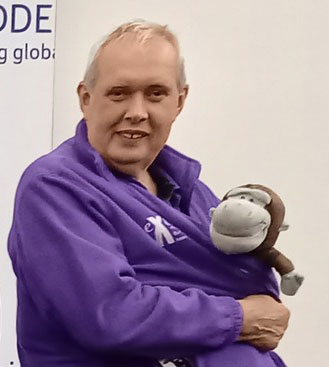