When I was 13 weeks pregnant, I was offered genetic screening on my unborn baby via a simple blood test.

I happily complied as I wanted to know that my baby was healthy. Two weeks later I received a call from my obstetrician’s office telling me that an ‘abnormality’ had been detected and that I would need to make an appoint to speak with the Doctor. Unfortunately, I could not get an appointment with the Doctor for four days, which at that time felt like an eternity.

During that time my husband and I tried to ‘guess’ what the abnormality might be, tying ourselves up in knots. The unknown left us both in a very dark and anxious place. When we finally met with the Doctor, we were told that there was a 36% chance that our son would have a sex chromosomal difference called Klinefelter’s Syndrome. My husband and I had never heard of Klinefelter’s Syndrome and when we were given an overview, we were actually relieved. We knew that if our son did have KS, we would be prepared and would arm ourselves with the knowledge and support necessary to ensure that he had the best life possible. We met with a genetic counsellor who was one of the most wonderful people we have ever met. She explained exactly what KS was and how it occurs and the symptoms our son may experience over his lifespan. We were offered an amniocentesis to make a formal diagnosis, but decided to wait until our son was born and have a blood test taken then.

Our son was born and two weeks later we had his Klinefelter’s Syndrome formally diagnosed. Even though I knew it was a possibility and had done my research, I was still shocked when the diagnosis was confirmed. I was angry and sad and it took me some time to come to terms with the diagnosis. No parent wants their child to have any additional challenges in life, life can be hard enough. That’s when I joined a number of support groups and spoke to other parent’s and individuals who have KS, hearing their stories. From what I heard I knew there may be challenging times ahead, but what I also realised was that we were so lucky to know about our son’s diagnosis from birth. That meant we could make sure that he had his ‘support’ team in place from the very beginning and that as his parents we would be armed with the knowledge to support him every step of the way.

Our son is nearly four. He is funny, sweet, caring and loves talking to everyone he meets. He had some physio and occupational therapy until he was three, has had some help with speech but mostly he is on par developmentally with his peers. He is tall for his age and struggles with his temper at times, especially when he gets frustrated if he cannot do something. His nursey knows about his KS and the nursery Special Educational Needs Co Ordinator (SENCO) spends time with him each day talking about emotions and helping him to manage his temper when he gets cross. We know that there will be difficult times ahead, but we also know that there are people out there to help support us all during those times, to help ensure that our son has the best life he possibly can. 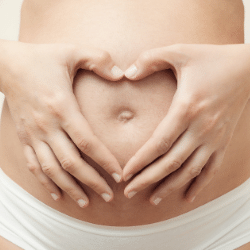 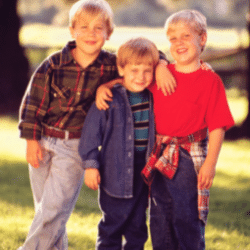